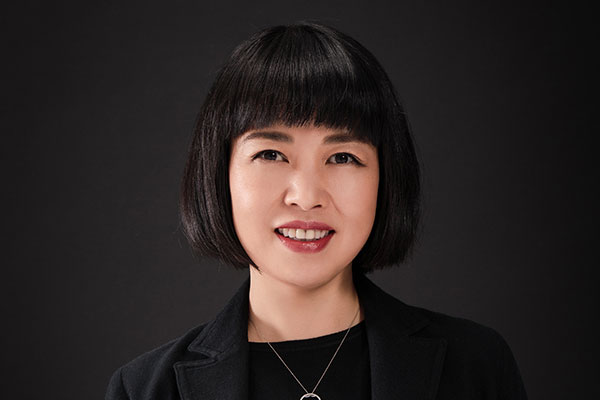 Jessica Ståhlbom will talk about Mastercard’s approach to purpose-driven marketing. She will detail how the organization leverages its global strength to drive sustainability and empower people. Jessica will share learnings on: 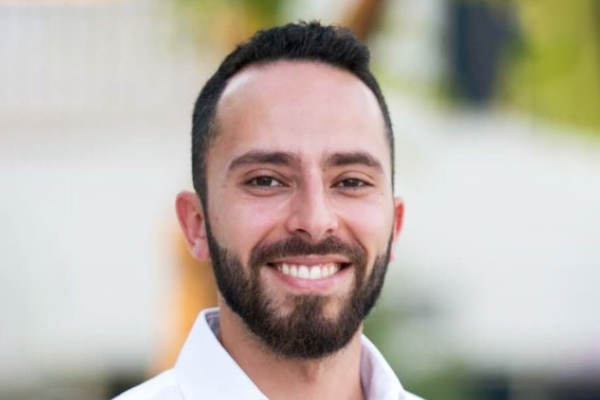 VP of Creative and Digital Marketing

Mina Bastawros will talk about Airbus’ approach to generating customer excitement beyond the sales journey. He will detail the strategy to leveraging experiential marketing and emerging technologies to enable customers to perceive and interact with the product in all its splendor. Mina will share learnings on: 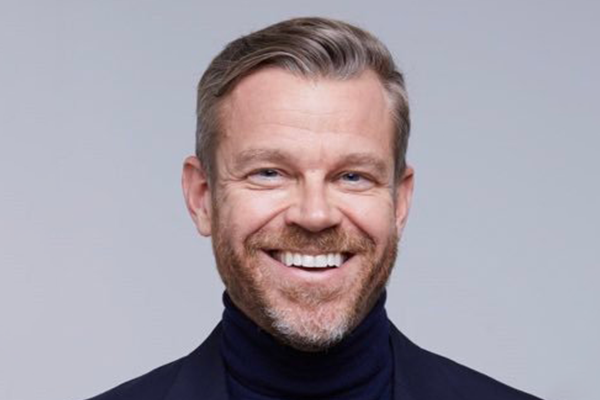 Rik Strubel will talk about the role of leadership in driving digital transformation. He will discuss common pitfalls in driving the transformation and how to overcome them. Rik will share learnings on: 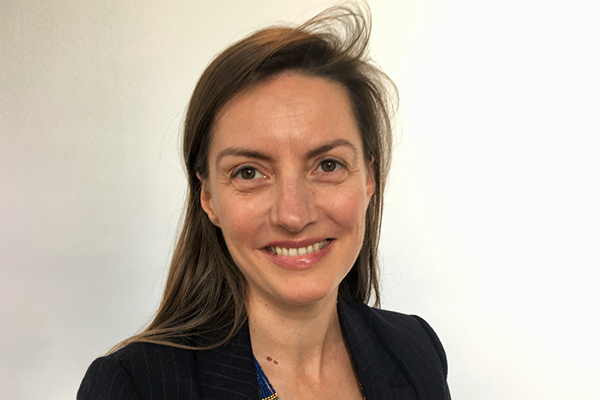 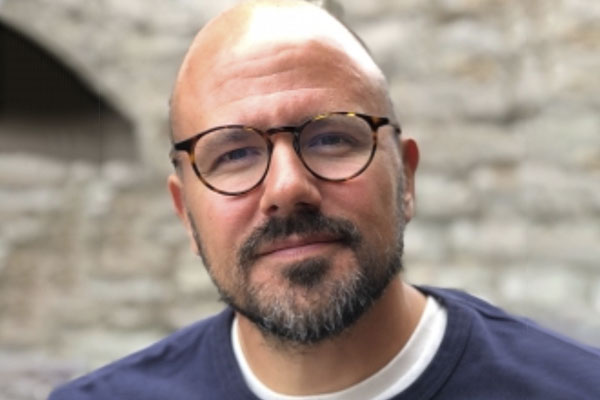 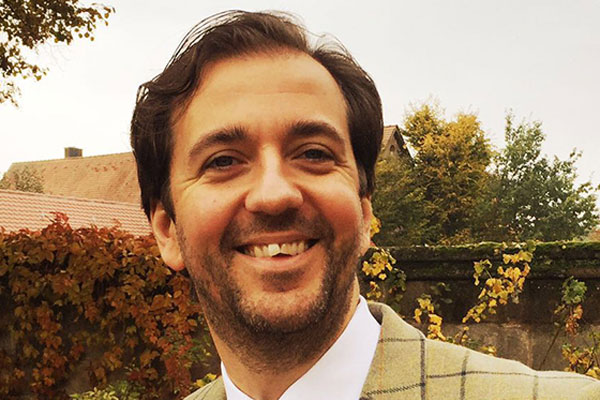 Thomas Salditt will explain how BSH creates new value with connected devices and develops an ecosystem of services. He will discuss the company’s approach to creating value with AI and complex data. Thomas will also detail how the company organizes for digital innovation and AI, and he will share lessons learned.

Thomas Salditt will talk about BSH’s journey towards leveraging data for a 360° customer view. He will share insights on what it takes to become data driven as well as what worked and what didn’t. Thomas will also share the company’s approach to creating and visualizing consumer journeys, moving towards a multichannel approach, and lessons learned in rolling out and scaling.

– Becoming more data-driven – what works and what doesn’t 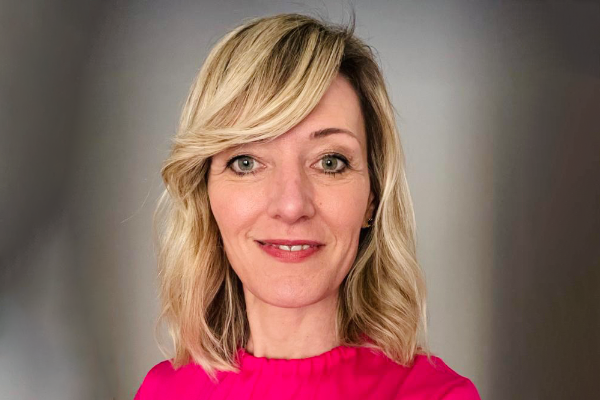 Monica Dalla Riva will talk about Deutsche Telekom’s approach to driving culture change and embedding customer experience in digital transformation. She will discuss the steps taken to empower people and make them eager to join the transformation. 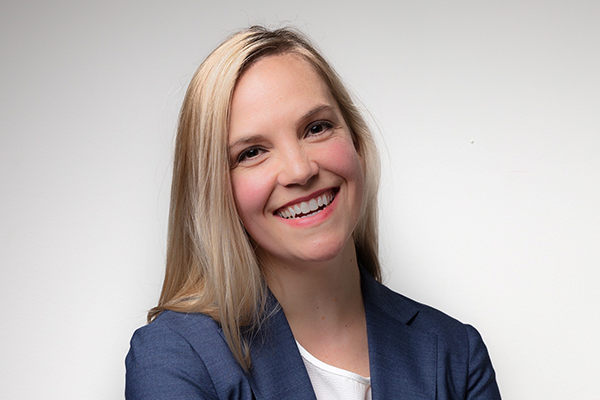 Marketing Transformation of an Industrial Robotics Business: Extending Our Growth From Large Industrial Accounts to Diverse Customers and Segments

Lindsay Brennan will talk about ABB Robotics expansion into new defined segments and customer types. What does it take for the marketing function to enable such a shift? She will explain how ABB Robotics responds to changes in the robotics market in terms of demand generation. Lindsay will explain how the organization serves the existing customer base while at the same time moving into new areas with different customer segments and needs. 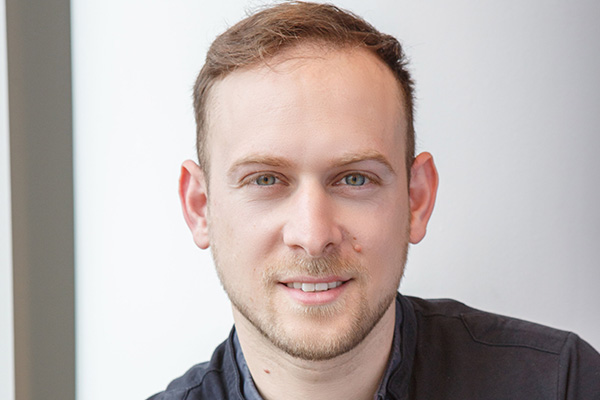 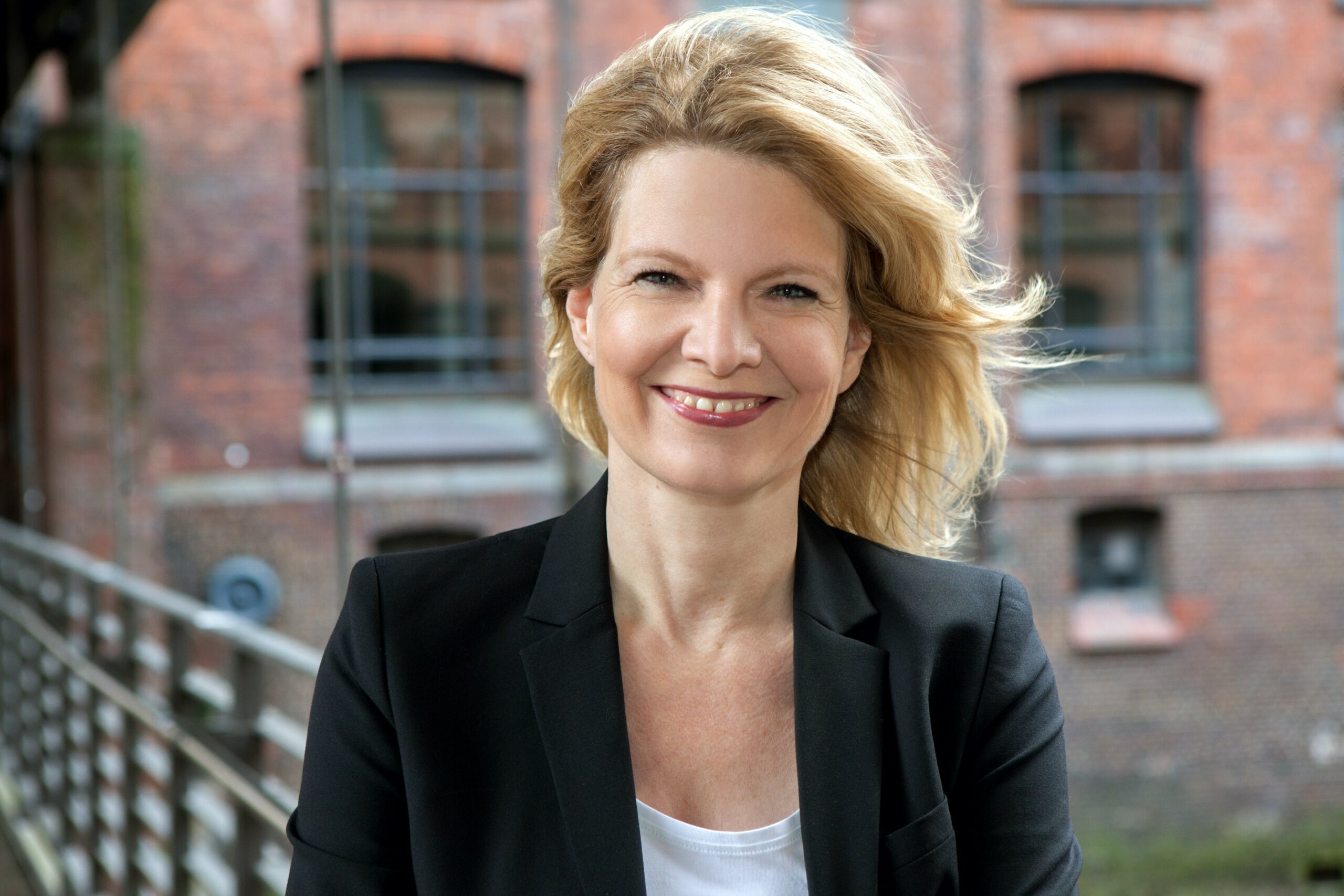 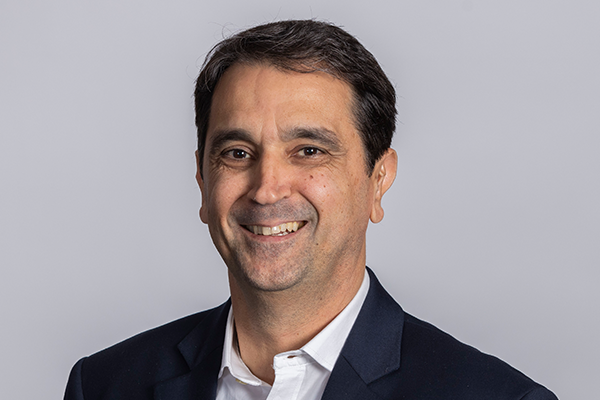 Despite the climate urgency and the importance of lifestyle changes to help tackle it, many consumers are either unwilling or incapable of purchasing, consuming, and disposing sustainably. Eduardo Andrade will lead a lab on the obstacles and opportunities to sustainable consumption. He will start the lab off by introducing a framework of three types of obstacles to sustainable consumption – market, individual, and societal. This will be followed by group discussions with a focus on identifying the strongest barrier(s) and exploring ways to overcome them.
The participants will learn and discuss the following: 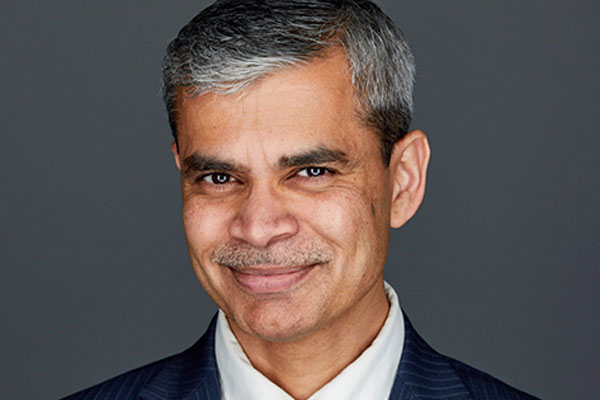 Machine learning can help marketers make forecasts and assess innovation adoption. Amit Joshi will lead a lab on the ethics of data gathering and use – and resulting tradeoffs. He will start the lab off with a short introduction to the slippery slope in crossing the ethical boundaries to making predictions more accurate, followed by a hands-on group simulation exercise and discussion. The lab participants will learn and discuss the following: 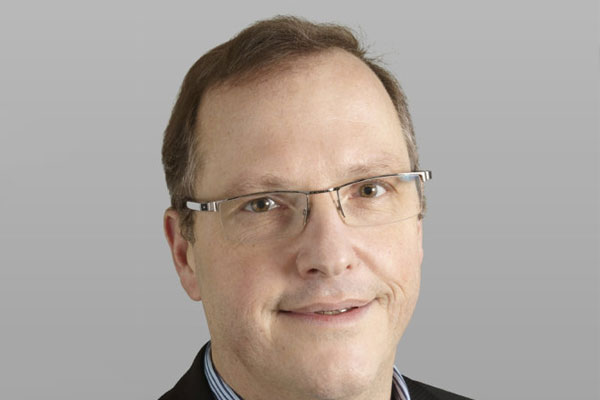 Customer Engagement 2.0 in a Subscription Economy: What’s Next?

Technology and digital transformation blur the boundaries between products and services, hardware and software, data and analytics. More than ever, customers seek agility and flexibility; their goals and priorities rapidly shift. Consumer preferences gravitate from ownership to usership; business customers seek to meet new sustainability goals. Against this background, fast-growing subscription-based recurring revenue models seem the perfect answer. They increasingly gain traction, and many have talked about the coming “Subscription tsunami”.

What does this massive trend mean for both B2B and B2C companies? How to engage meaningfully with customers, especially in these challenging times? In this session, we discuss Customer Engagement 2.0 in a Subscription Economy, review challenges and best practices of firms relentlessly focusing on Customer Success – 24 hours a day, seven days a week. Finally, we discuss implications for ENGIE. 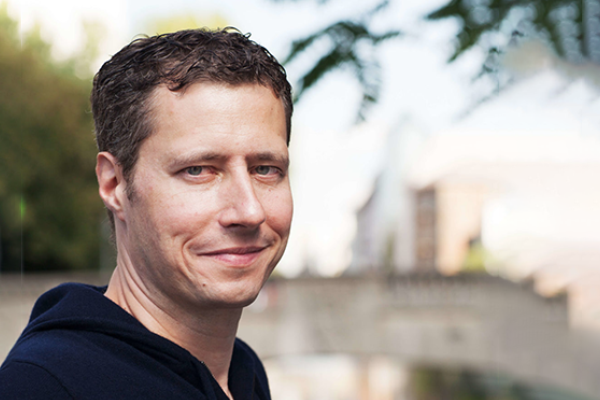 How Virtual Worlds impact Consumers, Firms, and Real Life: Exploring Challenges and Opportunities of the Metaverse on Four Dimensions

Despite the current popularity of the metaverse, it is often unclear what the term means. Many forget that the metaverse (or virtual worlds) has been a topic of conversation for the past decade. Michael Haenlein will lead a lab on this topic and introduce his framework delineating key implications for marketing. This will be followed by a group discussion. Lab participants will learn and explore the following: 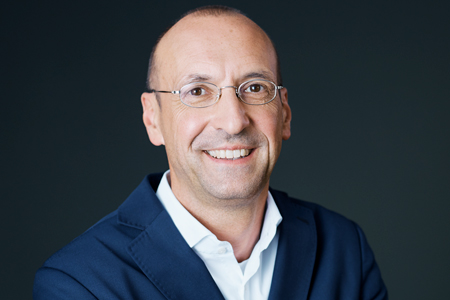 Gaining the Competitive Edge in a Disruptive World: How to Craft & Lead a Radical Business Transformation?

It is a critical time for most incumbent organizations: their existing business models are failing, and they struggle to adapt to the fast-paced technological change. Corporations need to fight back as they have a big unfair advantage with their deep domain expertise, large customer base, strong brands and vast intellectual property.

This lab offers inspiration and a proven blueprint to upgrade business models and get it fit for the digital economy. It kicks-off with a 20 min foundational presentation and is followed by break-outs with groups of 6-8 participants. The format is based on Carsten Linz’s best-selling book ‘Radical Business Model Transformation: Gaining the Competitive Edge in a Disruptive World’, which is considered a standard reference in business model and transformation literature. Join the movement to innovate for the future instead of digitizing the past! 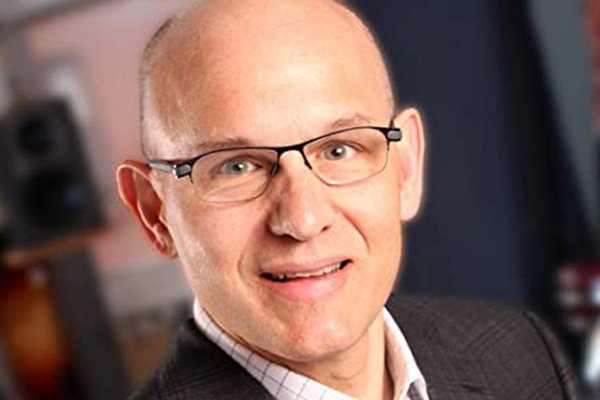 How Cherokee Culture Can Teach Us to Innovate: Using Cherokee Values to Develop Empathy for Your Customer Community

Understanding the cultures of the communities you’re serving is critical for effective innovation. David Robertson will talk about how organizations can learn from Cherokee culture to develop empathy dor their customers. He will share insights on:

Putting the Platinum Rule of Innovation into Practice: Applying Cherokee Values to Your Innovation Process

David Robertson will lead a lab on different ways to use empathy for innovation. He will briefly introduce the platinum rule of innovation and illustrate how the Cherokee’s 12 languages of empathy can serve to provide some new ways to empathize with customers. This will be followed by a card game within the groups. Lab participants will learn and work on the following: 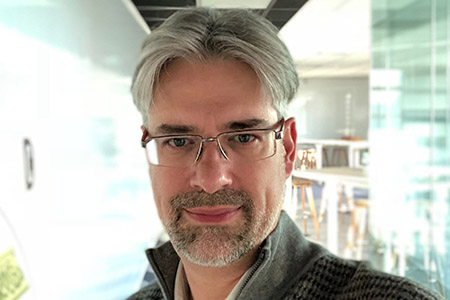 Leveraging Design for Digital Transformation: The Journey and the Lessons Learned

Thales has been on a Design Thinking journey for more than 10 years, implementing in the process a strong design (thinking) center network (15+ DCs opened across the world). More recently, Thales Digital Transformation has opened a new design workstream focusing on User Experience Design creating a unique context for the creation of a design organization/capabilities.

In this talk, Didier will present synthetic elements of this journey and the more recent convergence towards Thales Design which brings together design thinking, UX/UI, product/service design & industrial design. Didier will present some of the lessons learned and key pivots along the way. 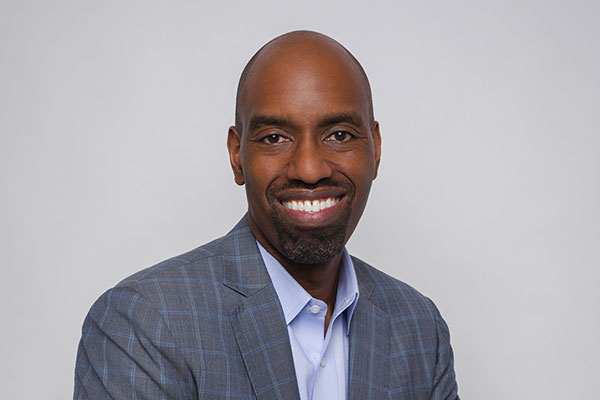 Cordell Hardy will talk about how 3M is strengthening its culture with clarity of purpose. He will discuss how the organization incorporates purpose from product portfolio to sustainability. Cordell will share insights on: 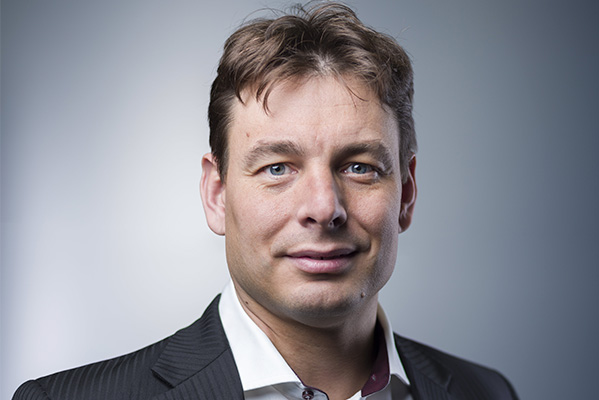 Digital Transformation Journey and the Role of Culture

Cristian Corotto has taken the digital approach and mindset from his work at eBay first to a dental implant company then to ABB. He will discuss the ABB’s four-years long digital transformation journey and share learnings on: 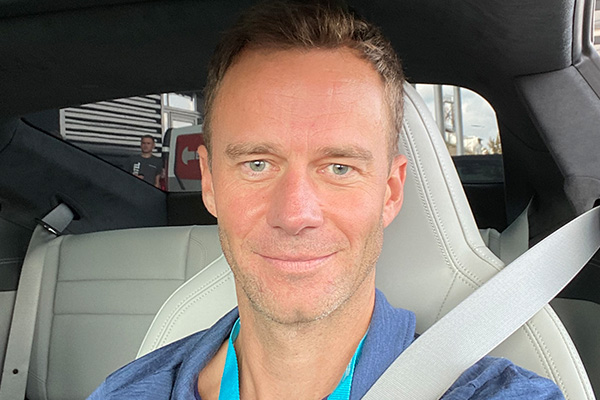 Building Digital Businesses, Empowering Teams, and Balancing the Interaction with the Mothership

Porsche Digital was founded with the goal of helping Porsche digitalize the core and open up new business opportunities. Florian Rothfuss has been leading innovation projects for new business areas since the unit’s inception. He will discuss how Porsche Digital builds new digital businesses and interacts with the mothership. Key learnings on building digital businesses: 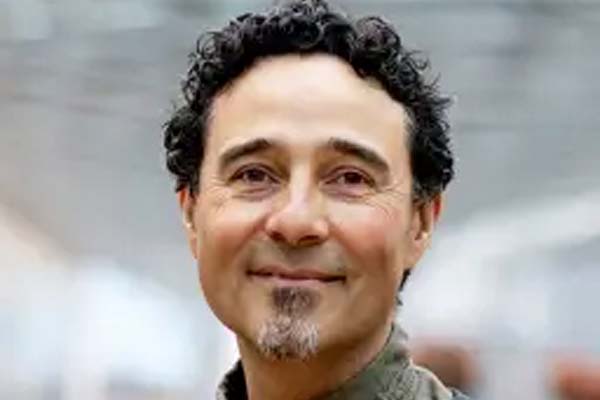 Michael McKay will lead a lab on how to use rich narratives in innovation. He will start the lab off by explaining the reasons for using narratives, and will introduce a template for participants to use in crafting their own storylines. Michael will also share different variations of narratives to serve as inspiration. The lab participants will learn and work on the following: 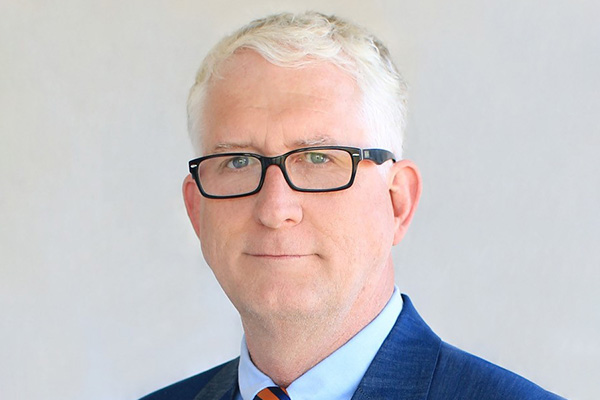 As recently as five years ago, GE was held up as an example of how companies should do digital transformation. They were not waiting to be forced to change, people said, they were “disrupting themselves.” They invested heavily, creating an entirely new GE Digital division, aspiring to become a “top ten software company.” People believed them, partly because of GE’s longstanding reputation as one of the world’s best managed companies. But in 2018, it became apparent that this ambitious transformation had veered off course. The company fell into an extended and deep crisis. In November 2021, the company announced that it would split up, which the Wall Street Journal described as “the end of the GE we knew” and a page turning in business history.

In this interactive lab, we will discuss what they were trying to do and how they tried to do it, in an effort to figure out what went wrong. Our end objective will be to extract lessons relevant to all companies about how to succeed in established firms with digital transformation — what the GE story can tell us about mistakes to avoid and how we should proceed. 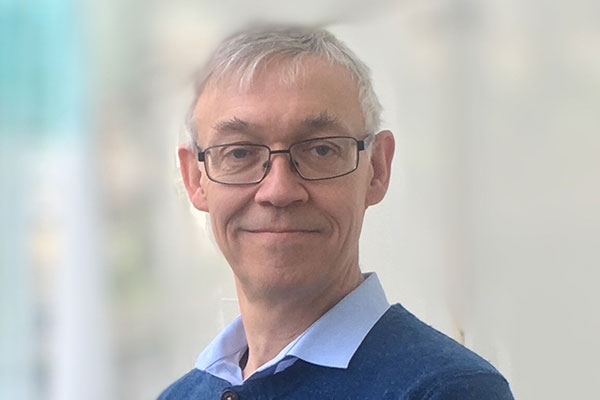 Presentation: Based on the research and practical experience of The Advanced Services Group at Aston Business School, Ian Machan will present frameworks and tools to help manufacturing companies develop their own advanced services:

Exercise: Snakes and ladders service transformation game is an interactive group exercise that shares previous experiences in moving into advanced services. Using a snakes and ladder game format, the players are challenged to explore how the typical experiences of others would impact on their own company and their own potential to move into advanced services. It offers a tool to engage with others back in the home organization and jointly anticipate risks.

Thank you for your interest in the Marketing Innovation Roundtable Summit. Please fill in this form to request the detailed program.

The Summit is open exclusively to attendees from large firms, hence the program will be sent only to individuals within such companies.

Please fill in the form, and we will get back to you as soon as possible.